Gaffers, Tigers and Makos Oh My

Well it was a long stretch for us and now we sit it out for the next few days, let the weather do it’s thing!!

We enjoyed some descent Gaffer fishing and had some Yellow fins. We spent some time looking inside for the Blue fins, unfortunately it seemed there were only a few bites over a two day period and things went dead. Inside 40 fathoms there have been a pretty good amount of nice Dolphins, plenty of gaffers.

Been a few Blue and White marlins and an occasional Yellow fin. The best of the Tuna fishing has been in the Washington, once again there seems to be an Eye Ball bite of some sort everyday. There have been a fair amount of Yellow fins 50 to 60# class. The last few days there seems to be some much smaller fish moving in. Very crowded area. We spent a day or two in the Baltimore which seems to also be getting right. The conditions have been looking better and better. Whales and bait have moved in.

We also spent a little time shark fishing which proved to be real productive, keeper Mako’s and some nice Tigers. We will be back at it hopefully on Sunday and all of next week will be spent in the Offshore waters, getting ready for the OCTT!! 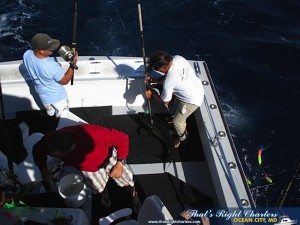 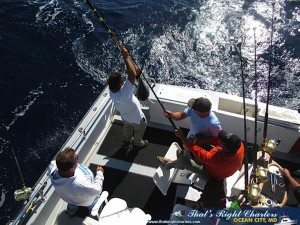 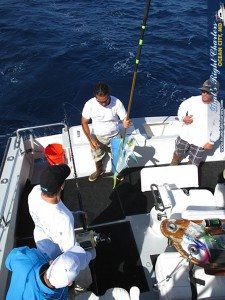 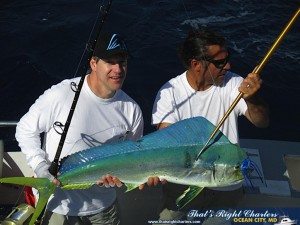 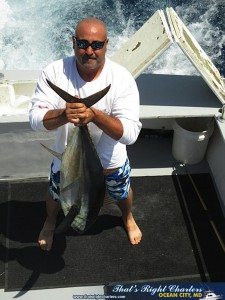 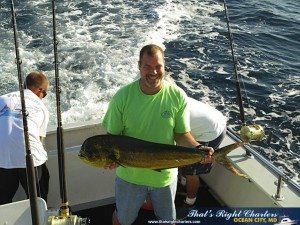 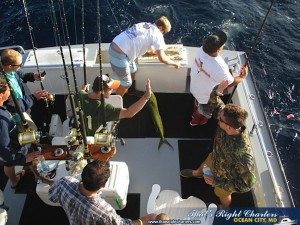 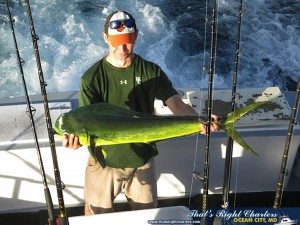 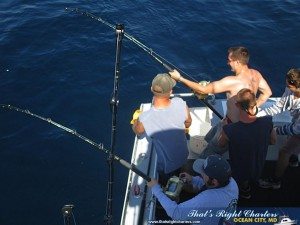 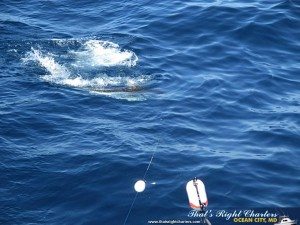 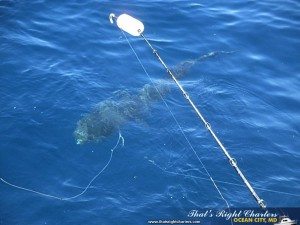 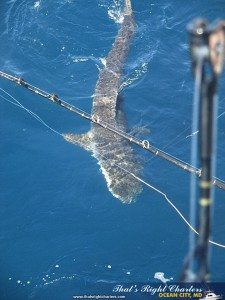 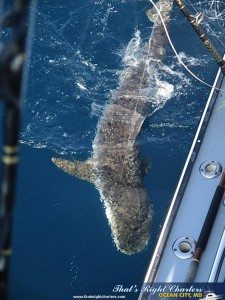